Commit to Inclusion at the White House Egg Roll

Last Monday, April 6th, 2015, the First Family hosted the 137th annual White House Easter Egg Roll.  More than 35,000 people gathered on the South Lawn to join in the largest annual public event held at the White House. Keeping with tradition, the event featured sports and fitness zones, cooking demonstrations and Easter classics such as the egg roll and egg hunt. In celebration of the fifth year anniversary of the First Lady’s Let’s Move! initiative, this year’s Egg Roll theme was “#GimmeFive”, challenging Americans across the country to #GimmeFive things they are doing to eat better, be more active, and lead a healthier life.

This year’s event had an impressive talent line-up including music personalities, celebrities, and professional athletes. The activities were equally impressive featuring the Eggspress Yourself arts and craft area, Yoga Garden, Hop To It Stage, Play with your Food healthy eating area, and Eggsperiment Zone educational area. The President’s Council on Fitness, Sports, and Nutrition (PCFSN) coordinated the Eggtivity Zone featuring Council Members, players and coaches from professional sports teams who all showed kids fun ways to stay active through an obstacle course and sports held on the President’s Court.

As a Founding Partner on the Commit to Inclusion campaign, the President’s Council on Fitness, Sports, & Nutrition extended an invite to two families from Lakeshore Foundation in Birmingham, Alabama to attend the White House Easter Egg Roll. We asked the families to share some highlights from their experience and what inclusion meant for them at the White House Easter Egg Roll. 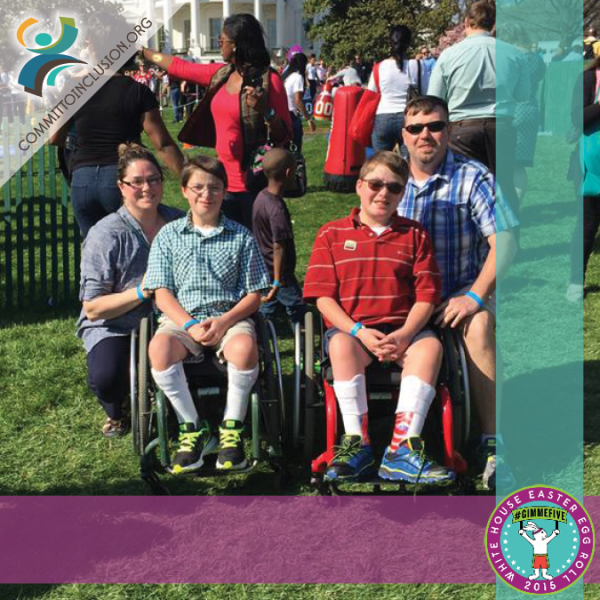 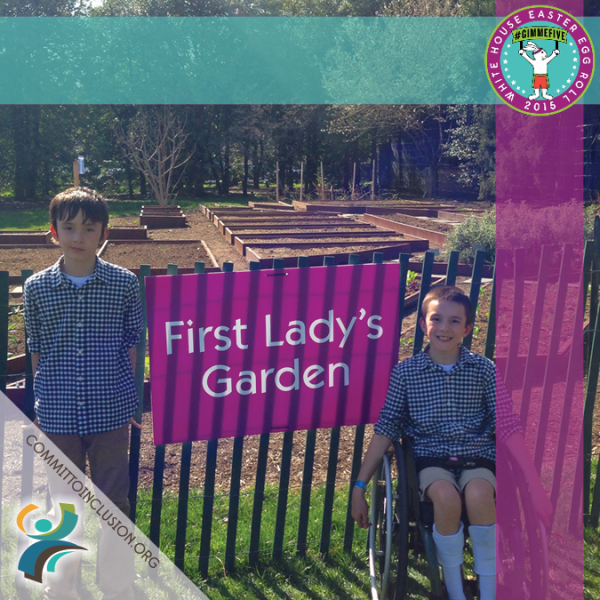 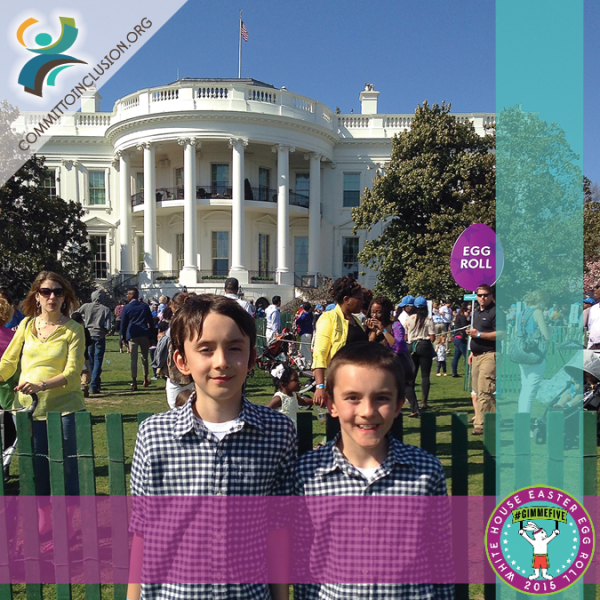 Heath and Seth Horne are brothers who live in Alabama. They are active members at Lakeshore Foundation participating in youth programming including wheelchair basketball, swimming, sports camps and much more! They also play on a local Miracle League baseball team. Last summer, Heath and Seth got their very own Summer Camp Video Series by the National Center on Health, Physical Activity and Disability.

When asked what their first reaction was when finding out that they were going to the White House Easter Egg Roll both boys responded with abundant excitement. Heath and Seth’s mom described the event as a surreal experience. The family got to do activities that they normally do not do together such as dying eggs and as an added bonus they did it on the White House South Lawn! She described the event as being very accomodating and that the boys were able to choose which activities they wanted to do resulting in zero issues with accessibility. In fact, the actual Egg Roll activity was made accessible with an added platform in addition to the standard set-up using grass. Seth’s favorite activity was the Obstacle Course in the Eggtivity Zone. The minute he saw it he sprinted over to make his way through. His mom informed us that Seth recently had surgery and has been using his wheelchair more during recovery, but is also able to ambulate some with his legs. He jumped out of his wheelchair to go through the Obstacle Course and was running on faith that his legs would function to match his excitement!

Seth closed our conversation listing his five healthy activities that he will continue to do for the #GimmeFive challenge.   They include:

When my husband, Patrick, first called me at work to tell me that our kids and I would be headed to the White House for Easter, I was beyond excited: I was thrilled out of my skin. What an incredible experience for our nine-year old twins, Daniel and Connor. I don’t know anyone who has been to the Egg Roll at the White House, and now we would be going!

Patrick explained that this opportunity came through the President’s Council on Fitness, Sports, & Nutrition and its support of the Commit to Inclusion campaign. “Right on,” I thought, and we explained this to the boys, who—as best as silly nine-year-old boys can—expressed gratitude. A quick, easy flight got us to Washington on a gorgeous spring day, and we had a fantastic time sightseeing and enjoying the weather; the Washington monument was a big hit, and Daniel hopped out of his wheelchair, slipped off his shoes and braces, and scampered in the soft green grass.

The next day was Egg Roll day, and we lined up with what had to be thousands of other people for our turn on the South Lawn. It felt like waiting for admittance into Willy Wonka’s factory; we were so excited. Once on the grounds, the boys immediately got in line for the basketball activity. We didn’t know what to expect, but when we got on the court, there was a wonderful surprise: Former NBA superstar Muggsy Bogues, the 5-foot-3 superstar, was leading the children in basketball drills. Daniel got out of his wheelchair, and he and Connor took part by dribbling the ball down to and around cones to then make shots on goal. For the second round of this drill, Daniel got back in his chair and wowed the small crowd with his dribbling and maneuvering skills; I was so proud. We then made our way to the obstacle course, where the kids ran through, hopped over, and crashed through football-inspired hurdles. At that point, we were very close to the White House itself, and it just felt so surreal to be there. So many kids were having fun (or having meltdowns!), and my kids were there with them, blending in without anyone even seeming to notice, in a good way, that Daniel has a disability. We spent the rest of our time wandering the lawn—it was easy for Daniel to wheel over the plush grass—and we saw some fun costumed celebrities: Cookie Monster, Emmet (from the Lego movie), and all of the Lego Ninjago ninjas. Then Connor spotted something he thought I would be interested in, since I work at a cooking magazine; it was the First Lady’s garden, and it was amazing that we got to see it.

Before the event, the kids and I had discussed the theme: the First Lady’s #GimmeFive challenge. I asked the boys to think about what they would say to Mrs. Obama if they got to meet her, what choices they would make to lead a healthier life. Connor said he would help me cook dinner five nights this month; Daniel said he would spend more time practicing wheelchair basketball, besides just during official practices. What great answers!

In our everyday lives, inclusion means that my children have, through Lakeshore Foundation, daily opportunities to stay active and healthy. Engaging in sports and activities (swim, wheelchair basketball, track and field, archery, and more) is their normal; it’s their foundation, and I couldn’t be happier that being active comes naturally and easily to them. At the White House Egg Roll, inclusion also meant that my children could participate in a national tradition—to be two of the many (but still relatively few, nationally) kids who’ve experienced the honor of playing on the White House lawn. This wonderful and generous trip to the egg roll was awesome, but perhaps the most astounding part was not that we were guests at the White House, but that we got to represent to the White House and the Egg Roll invitees what a model for inclusion Lakeshore is. We hope this focus on inclusion at the event is the start of making the country more like Lakeshore, a place where inclusion happens every day.