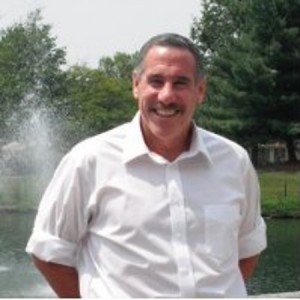 Dr. Martin Block has been with the Department of Kinesiology at the University of Virginia since 1992. He works in the area of adapted physical education, and his primary research focuses on the broad theme of including students with disabilities into general physical education. Professor Block is currently the President of the International Federation of Adapted Physical Activity (IFAPA), and he was the former President of the National Consortium for Physical Education for Individuals with Disabilities (NCPEID). For the past three years he has been the Editor of the journal Palaestra, which focuses on adapted sports, therapeutic recreation and adapted physical education. Finally, Professor Block has been a consultant for Special Olympics, International, and was the primary author of the Motor Activities Training Program for athletes with severe disabilities. 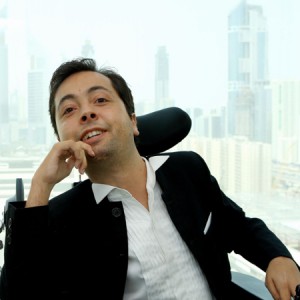 President, World Enabled and Senior Research Fellow at the Haas Institute for a Fair and Inclusive Society

Dr. Victor Santiago Pineda is a social development scholar, urban planner, filmmaker and disability rights advocate. He is also an international speaker, consultant and adjunct professor on accessibility related issues. President Barak Obama recently appointed him to serve on the US Architectural and Transportation Barriers Compliance Board. He was an active participant in the drafting of the United Nations Convention on the Rights of Persons with Disabilities, an international treaty that has been ratified by over 160 countries. He founded Pineda Foundation / World Enabled, a non-profit that promotes the rights and dignities of people with disabilities. He holds a PhD in Urban Planning from the Luskin School of Public Affairs, University of California Los Angeles, and MA in Regional Economic Development, and BA in Political Economy from the University of California Berkeley. 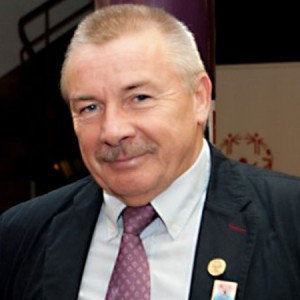 Dr. Mariusz Damentko was graduated (1977) and got Ph.Ed. D. (1988) from Academy of Physical Education in Warsaw. Since 1978 till 1994 M. Damentko was conducting Adapted Physical Education and Sports for Persons with Disabilities courses and lectures for big number of students at this Academy, who became later P.E. teachers in special schools, institutions and coaches in sport clubs for disabled. As a university assistant at that Academy M. Damentko started Special Olympics Poland with small group of volunteers in 1985. He was assisting former SO European Directors to launch SO Programs and train first SO coaches and volunteers in other countries from Central and East part of Europe (f.e. Czechoslovakia, Hungary, Lithuania, Estonia, Romania, Albania, Bosnia etc.). He was part time SO Europe Consultant since 1990 to 1994 and full time Director for Central and East Europe (1994-2000) and since 2000 till now Sports Director for Europe. M. Damentko is a Board member of IFAPA and has organized approximately 130 different sports seminars, conferences and educational projects in Europe- Eurasia Region in 1990-2015 time period. 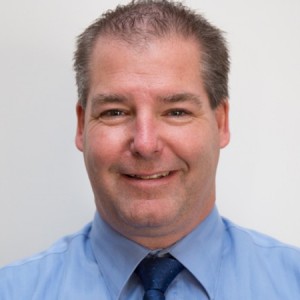 Todd Nicholson’s significant accomplishments as an elite athlete and his equally significant contributions as a committed volunteer advocating for the participation and inclusion of all people in the recreational and cultural lives of their communities, was celebrated when he was inducted into the Ottawa Sports Hall of Fame.  For over a quarter of a century, Todd represented Canada on the international stage as a member of Canada’s National Paralympic Sledge Hockey Team and a number of other summer sports.  During his years on the national sledgehockey team, Todd competed in five Winter Paralympic Games and brought home bronze, silver and gold medals.  As Captain of the team for fifteen years, he demonstrated his skills as a leader both on and off the ice.  As a coach at both local and national levels of competition, he has been an inspiration to young people and aspiring athletes, those who are able-bodied and those who live, work and play with disabilities of all kinds.

Todd is a valued and respected employee of Canada Board Services Agency which now benefits from his experience as an athlete with the knowledge necessary to plan for and manage major events that happen in Canada. Todd and his wife, an equally committed advocate on behalf of children and youth with disabilities, devote their ‘free’ time and energies left over from raising their twins that were born in 2009, to building Ottawa’s Abilities Centre modeled after the success of Whitby’s remarkable 125,000 square foot recreational facility designed, administered and staffed to create a fully inclusive recreational facility for people of all abilities. 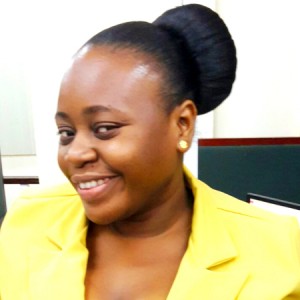 I am Ms. Ivory Donella Duncan and I was on October 3rd, 1991 in Georgetown, Guyana. I have recently completed my Bachelor’s of Social Sciences Degree in Communication Studies at the University of Guyana. I am currently employed by the Ministry of Agriculture as a Public Relations Officer, attached to the Guyana Marketing Corporation.  As a young professional, I agree with Winston Churchill when he said that ”We make a living by what we get, but we make a life by what we give.” In 2006, I was involved in a motor vehicular accident which resulted in the amputation of my right leg. This life changing experience led me to develop an undying passion for promoting the rights of persons with disabilities, due to the negative treatment meted out to these persons. Being an advocate for youths with disabilities for the past six years, I have worked in the capacity of the President of the Leonard Cheshire Disability (LCD), Young Voices Guyana for two consecutive years. I have also played an integral role in promoting and protecting the rights of persons with disabilities as I have functioned in many other leadership capacities at the above mentioned organization. I have had the opportunity of representing LCD at both national and international conferences where I was able to interact with key stakeholders and other youths with disabilities to discuss the disability development framework and protocols.  I have also served at the National Commission on Disability (NCD) as the Advocacy and Communications Officer, which allowed me the opportunity to attend high level meetings and conduct presentations on the seven key rights areas of the Persons with Disabilities Act in Guyana to Non-Governmental Organisations, Government Ministries, Churches and Schools.  In 2013, I wrote an essay entitled “Perspective: Open the doors to education – and employment” which was published in the UNICEF State of the World’s Children 2013 Report. Additionally, I am a member of the Global Partnership on children with Disabilities, Youth Council, UNICEF, New York. I have also been awarded as a highly commended runner up for the Queen’s Young Leaders Award 2015, whereby I was afforded the opportunity of participating in the Leadership Programme that is coordinated by the University of Cambridge.  As I continue to advocate for the rights of persons with disabilities, my desire is to assiduously work towards the development and inclusion of youths and persons with disabilities. I am also aspiring to pursue my Masters in Global Studies, which will provide me with the necessary knowledge and skills to better aid in the development of these persons. 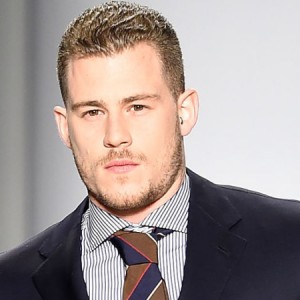 When I was 16, I had elective surgery to amputate my leg above the knee, because of a condition I’ve had since birth. Before my amputation, I considered myself as disabled and restricted by my condition. However, since my amputation, my so-called ‘disability’ has actually opened many doors and I proudly take every opportunity that comes my way to prove that my loss of limb doesn’t hold me back in any way.

Over the last 10 years I have built a large following on social media, where I have become an inspiration and role model for other amputees and less-abled people across the world. I made a fitness YouTube video that went viral with more than 260,000 views; I was the first amputee to take to the catwalk for New York’s fashion week; I was featured on UK Ninja Warrior breaking barriers and changing the perseption of ‘disability’, and (more recently) I was featured as Men’s Health cover model!

I have worked in the fitness industry for the last 7 years, and ive been a personal trainer for 6 years; working alongside clients (both able-bodied and less-so) inspiring and encoraging them to reach their personal goals. I have a theory that when you have an amputation (or any life-changing operation) you are reborn. Like I child, you need to start from scratch; learing how to walk, climb and balance. The best way to practice this and develp your motor skills is through challenging your perceived ‘comfort zone’ using exercise and sport.

Using my passion for adventure and sports (water skiing, wakeboarding, snow skiing, mountain biking, kayaking and open-water swimming) along with my hobbies, qualifications, and personal training skills, I plan to take my career to a new level and become an outdoors activities instructor. 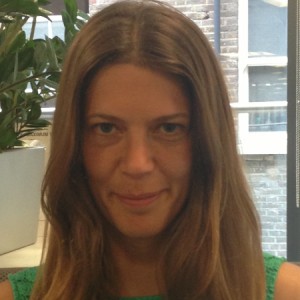 Liz Twyford has worked for Unicef UK for over 6 years, in a role focused on protecting and promoting children’s rights in, around, and through sport.

She has been involved in supporting the delivery and evaluation of International Inspirational, the international social legacy programme of the London 2012 Olympic and Paralympic Games, the development of Unicef UK’s partnership with the Glasgow Commonwealth Games, and the coordination of the Safeguarding Children in Sport Working Group.

Her work has included developing sporting programmes that support children to access their rights to education, health, inclusion and other critical areas. In partnership with the Commonwealth Games Federation, she is supporting the development of new bid conditions which focus on a human rights approach to hosting major sporting events. She has also overseen the development of a set of International Safeguards for children in sport.

Prior to joining UNICEF, Liz spent many years in the development field, living and working for more than 2 years in Bhutan where she supported Save the Children’s  community sport work, and for a year in Cameroon, supporting sport for development programmes in the Northwest province. She has worked in more than 15 countries over the past 10 years, with a focus on supporting community mobilisation and sport for development.